Found in Uppsala. Restaurang Alexander. One of the KITCHIEST, most tasteless, ugly, revolting restaurants ever! Take a look at the photos and experience the ultimate lack of taste by yourself! In particular, look at the last photo. 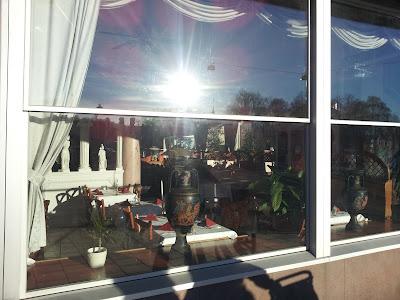 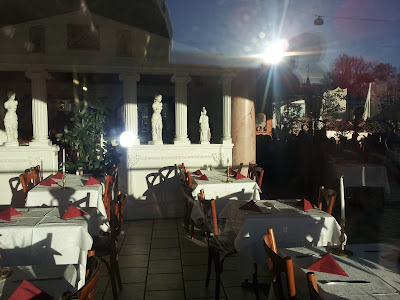 Yes, this is supposed to be Venus of Milo!
Posted by windowsofsweden at 10:01 AM No comments:

Swedish trains are some of the filthiest in Europe. We complain when we travel to India but we should keep in mind that our trains too are dirty. In contrast to India, we pay a lot of money for a ticket--it's one of the most expensive railway tickets in the world--but we do not mind that nobody cleans the trains. Take a look at what typical seats in Swedish trains look like: 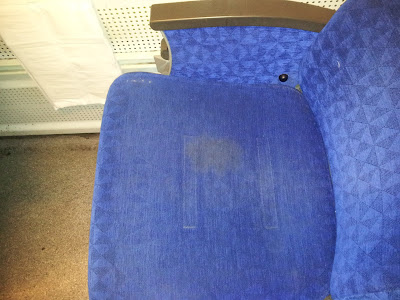 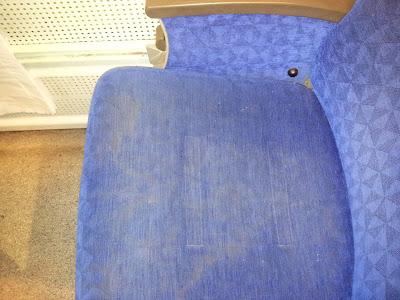 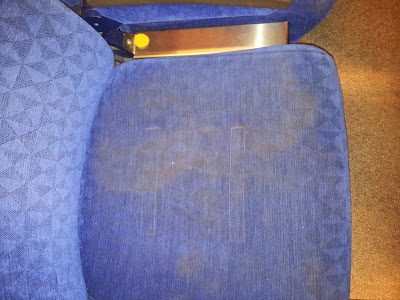 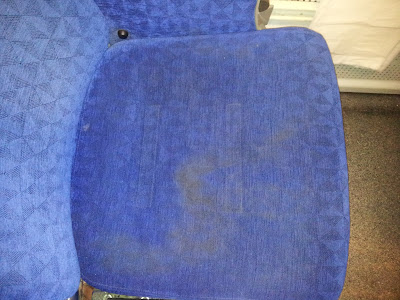 Stains everywhere. Stains from food, from vomit, from feces, ... Disgusting!

You might think that the situation is better in FIRST CLASS. No, it isn't! Judge for yourself:

How about toilets? If you make the mistake to go to the toilet in a Swedish train, you may end up with a disease. Look what they look like:

Sometimes, first class sleepers lack water and the toilets are dirty with feces from the previous passenger.

And as for the restaurant, it looks like napkins are cleaned in the toilet bowl:

We employ immigrant wo
rkers to clean the shit, and we can always blame them for the state of the toilets. But who is to blame for the general state of cleanliness of our expensive trains?

Swedish trains are not like trains in a European country. They are like trains in the third world in all aspects, except the price. And we like that. Indeed, we never complain!

Now take a look at a Swedish train station:

Sweden is an expensive third world country in the north of Europe. We complain about the africans, the arabs, the indians, etc., those immigrants who we don't like and the reason we do so is because they remind us of ourselves!

Posted by windowsofsweden at 3:32 PM No comments: